How We Summon the Dead 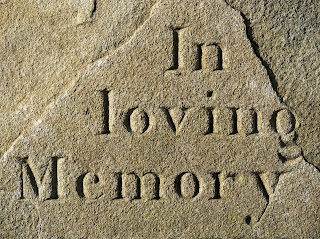 A few years ago, Angie Weston purchased some items from an estate sale.  This experience was found in an old diary she discovered among the purchases.  It is a confession that tells how two young boys learned to summon the dead.


Listen to "How We Summon the Dead" Here.


"How We Summon the Dead" is courtesy of Angie Weston

When I was ten, Paul Rudd was my best friend.  Paul’s mother disappeared in 1981.  She was a single parent with a drug problem.  It was not unusual for her to disappear for a few days then turn up to sleep off her drug binge.  When she was on a binge most times she could be seen on the street trading sex for money.  This time, she had been gone for more than two weeks.  No one on the streets has seen her (in a long time).  With the approval of social services, Paul came to, temporally, live with us.  We all assumed that his mother had abandoned him, or had died or was killed.

Besides sharing a room, Paul and I shared an obsessive interest in the supernatural

.  We read books and watched TV shows about the paranormal.  “In search of

was our favorite TV program.   We spent many hours, especially before going to sleep, discussing our opinions about the Bermuda Triangle,

mysteries.  To us everything was possible.  We were at the age when magic was just as real as everyday life.  The paranormal was our escape.

One Saturday, we were in the main library in Downtown Seattle at a friend of the library book sale with my older sister.  On a back shelf, we discovered the book that changed everything.  The book was titled “Instructions for Summoning the Dead.”  It was written, in 1922, by a Dr. Charles Peabody.  Inside the book were instructions for summoning spirits and demons.  So, we each chipped in fifty cents and purchased the book.  If she was dead, we thought we could use the book to contact Paul’s mother.  Over the next two weeks, using the rituals described in the book, we tried several times to summon spirits to help us but we were afraid to conger demons.  We failed to do anything except to increase our skepticism about the existence of the spirit world.

Then we found success with a technique called a spirit mirror.  The ritual for the spirit mirror was simple.   Place a full length, self-supported mirror inside a small room or closet.  No light can get into the room.  It must be completely dark except for a small lit candle that is position behind and above your head (preferably on a shelf).  Then you have to sit a chair facing the mirror at arm’s length.  Only one person could be in the room at a time.  While looking into the mirror, you must focus your full attention on the candle flame.  Once you are fully focused and relaxed, in the mirror you will see images of spirits.  You can ask questions of the images but never touch the mirror when the images appear.  If you do, the spirits can trap you on the other side.

We set up the spirit chamber in our bedroom closet.  From the beginning, we made contact with spirits.  We soon discovered that spirits don’t know anything about the future but they could tell us limited things about the past and the present (which to them appeared to be the same thing).  Also, we quickly found out that they lie all the time.  Still, we were both thrilled to be immersed in the spiritual world.  We felt that we had total control.

Paul was the first to use the chamber.  Of course, his first questions were about his mother.  He was told by one spirit that she was alive but she was being held, prisoner.  He was told by another spirit that she was dead and her body was left in a forest to be consumed by the wildlife.   A third spirit speaking in his mother’s voice pretended to be her.  He wanted to believe but it became apparent that it couldn’t be her.  The spirit didn’t know anything about their life together.  Also, we came to suspect that the spirits would tell us anything we wanted to hear because they were just tricksters.

Then Paul met “Ranthum.” Ranthum is a twelve-thousand-year-old spirit.  I also met Ranthum.  He was waiting in the mirror to speak to me when I entered the chamber after Paul.  So, I knew about him but I still felt that he would manipulate us if we gave him the chance.  He promised to tell Paul what happen to his mother.  To gain Paul’s confidence, over the next week, Ranthum told him several things that proved to be correct.  He established Paul’s trust.  Then he told Paul that he needed his help to cast a spell that would summon Paul’s mother.  He explained how the spell would work.  An image of her would appear in the mirror.  Living or dead, Paul would be able to speak to her.  Paul was convinced it would work.  I help Paul gather the ingredients for the spell from the supermarket.  Then under Ranthum’s instructions, we cast the spell.

Paul entered the chamber.  The spell worked.  He spoke with his mother.  She had been murdered and her body left on the shores of the Green River.  The police had recovered her body but they hadn’t made the connection between the body they found and her as a missing person report (this was before DNA testing was common).  She had been a victim of Gary Ridgway the Green River Serial Killer.   She had already been buried as Jane Doe months earlier.  It was more than two decades before her body was exhumed and identified using DNA.

While Paul was speaking with the image of his mother in the mirror.  She told him that Ranthum has been keeping her from appearing to him before the spell was cast.  The spell had not summoned her.  It had released Ranthum to the other side of the mirror.  She could speak to Paul because Ranthum was gone.

While Paul was in the closet speaking with the image of his mother and learning this information.  I was waiting in our room outside.  I was watching the rocking chair in the corner of our room rock back and forth under its own power and a shadow turn into a living being.  Somehow, I knew that this was Ranthum and I also knew that the spell had not been for the purpose we thought.  I felt our illusion of control immediately disappear and a sense of dread wash over me.  I knew everything had changed.  I didn’t know if it had changed for the better or the worst.


The Show Music is: "Receding Blackout"