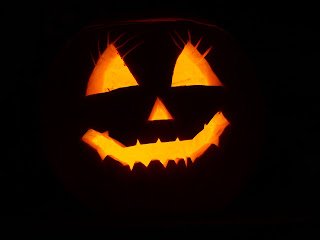 In honor of Halloween, we present seven short paranormal experiences from our community members.


“We Heard Voices” from Pete Smith


One Halloween, after we had returned from a night of trick or treating, my little sister came into my room to tell me that she heard people talking in the attic above her bedroom.   I assumed it was our older brother and his girlfriend making out in their not so secret spot.  So, we quietly crept up the stairs, to the attic, hoping to surprise them.   Through the door, we could hear the voices talking.  We rushed in and turned on the lights.  Nobody was in there; but, the voices still kept talking.

“We Surprised Him” from Jim Comfort


When I was in the Army, I once lived in an old barracks at West Point.  I shared the room with another soldier.  We had both just arrived a two months ago.  It was late on a Halloween night. We were hanging out, listening to music, and preparing our uniforms for the next work day.  We heard someone knocking on our wall like it was a door.  Then a shadow-like form of a Civil War soldier enters our room through the spot on the wall where the knocking had come from.  He looked at us like he was surprised to see us there.  He moved to the opposite wall and knocked on it as though it were also a door. Then he exited the room through that wall.  We didn’t sleep in that room again.

“Just a Minute” from Sandra Clark


When I was younger, on Halloween, I went to a lot of house parties.  At these big house parties, there was always a line of women waiting to use the restroom.  I was waiting in a line to use a small powder room under the stairs.  Every time someone would knock on the door a woman’s voice shouted “Just a minute!”  After, about twenty minutes of that, the homeowner knocked on the door and heard the same woman’s voice saying “just a minute!”  The homeowner announced she was coming in to help her.  Then she unlocked the door.  There was no one inside.  Because the powder room was located under the stairs, there was only one door, in and out, and no window. No one could have gotten out without us seeing them.

“I Went to Check” from Tina Ferris


I heard loud noises coming from my five-year-old daughter’s bedroom.  Thinking that she may have fallen out of bed, I went to check on her.  When I open the door, I found her sitting up on her bed with the covers pulled up to her neck.  Her flashlight was lying on the floor, next to the bed, with the light turned on.  She pressed a finger to her lips and pointed to something under her bed.   I lay down on the floor and grabbed the flashlight.  Under the bed, the light beam illuminated the face of my daughter?  She whispered to me.  Mommy, there’s a ghost on my bed.  I looked on top of the bed.  It was empty.  I checked under the bed again.  It was empty.  I found my daughter sleeping with her older sister.


I slid behind the steering wheel, locked my door and started my car.  As I pulled away from the curb, I observed two things through the rearview mirror.  The man, who I thought had been chasing me, continue walking down the sidewalk (while paying me no attention) and a ghostly figure, sitting on my back seat, watching me with an evil smirk.  He disappeared as I turned my head.

“We Talked a While” from Shirley Fox


Most Halloweens, my grandmother would pick up my sister and me and take us trick or treating in the wealthy neighborhoods in our town.  My Grandmother was an insurance agent for a funeral home that offered burial policies.  One Halloween, she had to drop off some money, at the funeral home, that she had collected before we could go trick or treating.  My sister and I were waiting for her in the lobby of the funeral home in our costumes.  An old lady came through the door and sat down next to us.  She was very nice and we talked a while.  Then she said goodbye to us and went into the viewing room (where you go to view the deceased guest).  My sister noticed that she had dropped her scarf.  So, she went into the viewing room to give it back to the lady.  She came running out of the room, with the scarf still in her hand and grabbed me.  Then we went into the viewing room together.  The old lady that had been talking to us was nowhere to be seen.  My sister said nothing to me but she pointed to the person laying in the coffin on display.  It was that nice old lady.  She had died a few days earlier.

“Will You Help Us?” from Tim Robbins


I got off work at 11:00 pm.  It was Halloween night, I had just pulled into my driveway and was getting out of my car.  Then the voices of two little children sounded from behind me, “Mister we’re lost will you help us find our mother?”  I was startled.  I hadn’t seen anyone when I was pulling up and I didn’t expect to encounter little kids out that late.  Turning around, I saw two children in Halloween costumes.  They were about six years old.  I didn’t recognize them, they weren’t from our neighborhood.  They said that they were looking for their mother but they couldn’t find her. “She just disappeared,” they said.  I asked them if they knew their mother’s phone number.  They gave me her number and I called it on my cell phone.


A woman’s sleepy voice answered on the other end of the line.  I told her who I was and that her two children were with me. She started crying and asked me to let her speak with them.  I turned to hand them my phone but they were gone.  I apologized and said that they were just here.  As I look in the immediate area for them, she told me a strange story.  She said five years ago, on Halloween night, she and her children had gotten into a fatal auto accident.  The children were killed that night.  Now, every Halloween night since then, their spirits approach strangers and ask for help finding her.  Sometimes, she is able to speak with them before they disappear.  Most times they just disappear.  In a tearful voice, she thanks me for calling her.  She said if I see them again, please call her and don’t let them know that they are dead.