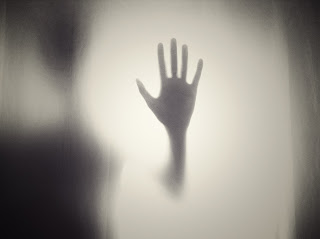 Do you know that it is possible to capture the souls of dying people in a magical box called a Spirit Cage?  When a dying person is at the singular moment of their death, the spirit cage reaches out and grabs the soul before it can find the eternal light.  A portion of the conjurers’ life is also forever imprisoned within the cage to pay for its use.  Without careful use, all the life force can be drained.  Then that person will catch fire and burn from the inside out.


Listen to A Spirit Cage Here

"A Spirit Cage" is courtesy of Sherry Berry

In the spring of 1861, Adam Lamb was a twenty-year-old man living, in the state of Virginia with his father, mother, and two teenage sisters.  The family had a one-hundred sixty-acre farm on the James River at Swan-Hilda, Virginia.  A few weeks earlier, the American Civil War had begun.  The young men in the neighborhood rushed to join the local militia forces.  Adam was also caught up in the fever of enlistment.  He joined up but one year later his fever had broken.

At first, Adam’s infrequent letters from the war were light-hearted and filled with the bravo of heroic deeds he and his friends would accomplish in the service of the south.  After seemly endless skirmishes with the northern army and the deaths of most of his childhood friends, the theme of his letters turned darker and reflected the fragility of life and the senselessness of war. From his written words, his mother understood that he thought he would die soon.

Adam’s mother, Linda, was fearful of her son dying on a distant battlefield uncared for and unburied. If that happened, he would forever wonder as a ghost upon the earth.  She became ill from the constant worry.  For weeks, in a deep depression, she took to her bed.  Finally, it was one of her daughters, Tammy, who suggested to their mother that she and her sister, Pinky, would visit Old Faye, who lived, in the deep backwoods to get a magic poultice bag.  With that magic bag, they could chase away the bad spirits that were plaguing the family.  Out of desperation, Linda agreed.

Most people were afraid to seek out Old Faye, She was a runaway slave. She used her magic to punish those who would steal her freedom.   None of the slave catchers that had tried to trap her succeeded.  Each team would only say of their failed effort, “She’s not worth it and I’m not going back into those woods after her again.”

She went with the sisters, back to their farm, to speak with Linda and pick up her new milk cow. At the farm, she presented the women with a small wooden box.  She told them that Adam needed the box to capture the last breath of at least one dead person but the more spirits that he captured, the better the magic would work.  Then all he had to do was wish for personal protection and it would be granted.  The length and power of the protection depended upon the number of spirits he held as a prisoner within the cage.

Then she warned the women that whoever gave the spirit cage as a gift to Adam would also lose their spirit bit by bit as it was used.  She said it was better to share the responsibility among several people because the giver would burn from the inside out when their spirit was depleted.  Linda and her daughter agreed to share the consequences.

Her husband was not aware of the true purpose for Linda’s visit to Adam.  Despite his concerns, Linda, convince him to allow her to go.  She took her trusted house slave Moses on the journey with her.  After some days of travel, she and Moses located Adam.  During their happy reunion, Linda explained to her son the rules of the spell that Old Faye had cast upon the spirit cage.

However, she didn’t tell him that she and his sister would lose bits of themselves each time he used the cage.  She feared he might not use it if he knew.  She wanted to give him maximum opportunity to live.  She only warns Adam that the use of magic has consequences.  She asks that he only use the cage when necessary.  Then she placed the small box in his hands and departed.

In all wars, the combatants become either deeply religious or deeply superstitious.  This is why Adam believed his mother’s story about the power of the spirit cage.  That evening, he captured the spirits of two dead comrades at the field hospital.

The next morning, Adam discovered that Old Faye’s magic was powerful.  He made a wish not to be killed, injured or captured.  The test came quickly.  While closing on an enemy position with his squad, everyone was eventually killed or wounded except him.  He advanced alone and took the enemy position.  He came face to face with multiple union rifles.  Each weapon fired and missed him by inches but he was untouched.  Convinced of the power of the spirit cage, Adam used it daily.

Finally, years later, when the war was over.  Adam stood in front of his family home and ascended the steps of the front porch.  His father greeted him at the door with swollen tearful eyes. He led Adam into the parlor.  There the body of Adam’s deceased sister Pinky lay posed within a wooden coffin.  She had died the previous night.  His father explains that, over the years that Adam had been away, first his mother died and finally his sisters died (all from the same mysterious disease). The doctors were mystified.  They didn’t know how it was possible to catch fire and burn from the inside out.

After his sister's burial, Adam took the spirit cage to Old Faye.  He asked her to release the spirits of the soldiers held within.  Old Faye explained that they could never be released (even if the box was destroyed). They were trapped for eternity.  She also explained to Adam the consequences of the spell.  He learned for the first time that his mother and his sisters were also trapped within the spirit cage and that their deaths were caused by his overuse of the magic.  Old Faye told him that as long as his father was living, the spirit cage would continue to protect him but it may eventually cost his father’s life also.  He learned one other thing.  The final spirit to be captured by the spirit cage would be his own.

For the remainder of his life, Adam never used the spirit cage again.  He visited scholars, conjures, psychics, mediums, witches, priest, and preachers in the hope that they could release the trapped spirits.  He didn’t succeed.  He died in 1935 at age 95.  At his funeral, his grandson placed the spirit cage in his hands and it was buried with him.