When I Moved in He Was Dead 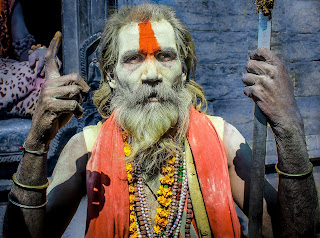 In this episode, we have five short paranormal experiences from our community members.

Listen to When I Moved in He Was Dead Here


Come to Hear the Noise from Pam Johnson


My sister and I were staying at an old, hotel in Odesa, Texas.  The building had been in use since 1896.  My sister drives between Texas and our home in Oklahoma twice per year to see her daughter at Prairie View University.  She likes to stop at this place because it has a very friendly staff and it has historical significance.   I was glad to make the trip with her this time but I was kept up all night by the sounds of country music and people in boot heels dancing and stomping on the hardwood floor above out room.  My sister slept like a log.  The next morning, I asked her how she could sleep through all that noise going on upstairs last night.  She said she didn’t hear a thing.  I asked the clerk, as we were checking out, what was going on last night on the floor above us.


He seemed puzzled. He said that above that room is the old dance hall but it's a conference room now and nothing was happening up there.  He said that even if someone had been up, there I should not have heard any dancing because the floor was carpeted.  Before we departed, we went up to see the old dance hall.  It was just as the clerk had described a large carpeted space now used as a conference room.  At that time, it was set up with chairs and tables for a business meeting.  They look to have been there a very long time.

It Wasn’t one of Us from Mike Thompson


We were having a few beers and playing with the Ouija board in my dorm room on Sunday night.  We were joking around and someone suggested that we summon Ted Bundy the serial killer.  I said no we shouldn’t summon someone evil.  Then, from outside our Ouija circle, we heard a disembodied woman’s voice say “That’s right.” Everybody in the room heard it.  It wasn’t one of us.  We were all young men.

She Sleep Talks from Cynthia Phiri


One summer, I visited my grandmother in Mississippi for a month.  My cousins were also visiting at the same time.  My cousin Kelly and I shared the fold-out couch in the Livingroom.  We all always went to bed around ten thirty.  I think she sleepwalks because around two am every night that we stayed there.   I would wake up and she would be awake talking to me.  She would sit above me, on the bed with her legs folded.  Then, for about a half hour or more, she would tell me a story about how things had changed since she was a little girl living in Mississippi in the ’60s.  This happened in 2010.  My cousin Kelly is from California and she was eight years old then.  In the mornings, she didn’t remember any of this happening.

The Traffic Stop is from Doug Kaawa


My young son and I were driving to the store to do some grocery shopping.  We were stopped at a traffic light.  We were the first car in line.  When the light changed to green my son had a fit and started yelling at me wait! Wait! Don’t go daddy!  For a few seconds, I waited. While I looked at him and asked angrily what’s wrong?  A car behind us was blowing its horn.  Just then a large panel truck went plowing through the intersection on the side with the red light.  I realize then that if we had taken off, we would have been in a deadly traffic accident.  While I’m taking all this in, I hear my son answer my question.  Grandpa Fred was yelling at you to stop but couldn’t hear him.  My father (his Grandpa Fred) died before he was born.

When I Moved in He Was Dead  from Fred Bowie


I live in a house that I purchased at a discount through a government program.  I have lived here for three years and I have never had a problem.  Now, that is significant because when I purchased this house I was expecting it was going to be haunted.  If you look at the old google earth photo of my house in the winter.  You will see a man sitting in a plastic lawn chair in a snow-covered backyard with his face turned to the sky.  That man was dead of natural causes long before that photo was taken.  His body remained in the backyard for over eleven weeks.  Then it was discovered by a gas meter man.  The weird part is he didn’t live alone and they all knew that he was dead.

The show music is "Careless Prose"